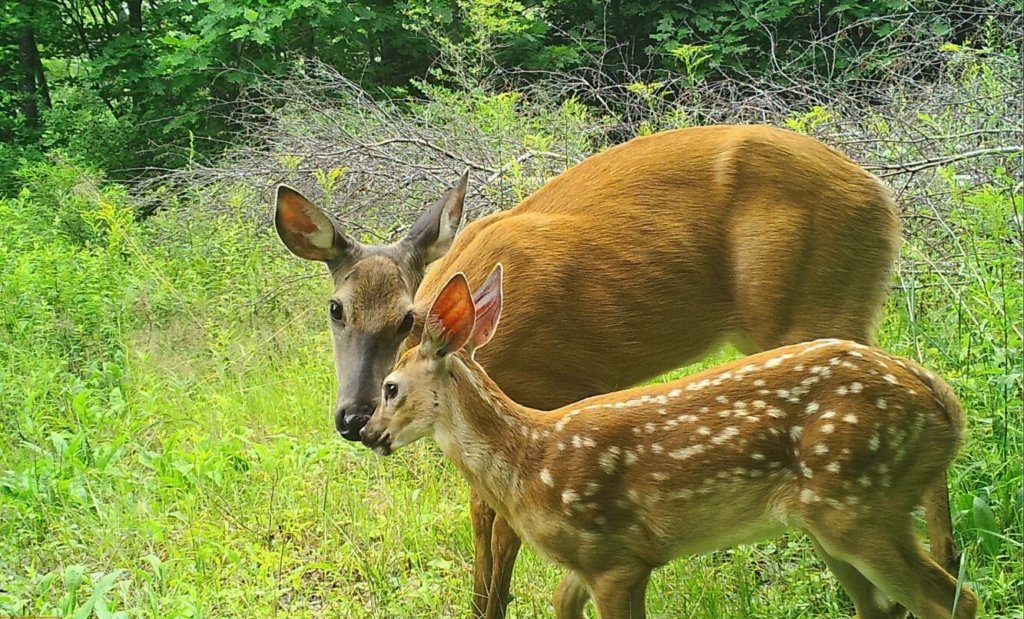 A University of New England project is documenting animal’s use of the area for the Eastern Trail Alliance.

Wildlife abounds in the 1.6-mile gap between the Eastern Trail in Scarborough and where the trail picks up in South Portland, and for the past four years, the animals have been captured on camera.

The GapTracks project, conducted by University of New England professor Noah Perlut and students in his Terrestrial Wildlife course, has documented thousands of videos and still images of 60 animal species living in, feeding at and passing through the gap.

The project is using its data analysis to aid the Eastern Trail Alliance, which is working to fill the trail gap between the Black Point area in Scarborough and Wainwright Recreational Complex in South Portland.

“It’s a huge benefit to us in terms of just understanding how wildlife is using that trail and after it’s built how it will use it, post-construction and that allows us to better understand our impact,” said Jon Kachmar, the alliance’s executive director.

Remote cameras placed in the gap pick up sights and sounds.

“Every time there was a movement or sound, a picture would be taken and then a video,” said Nicole Corriveau, a senior and environmental science major at UNE. “If there were animal sounds or animals in the picture or videos, we would mark that video and put it into our database of what species it was.”

Perlut’s students spend two hours per week sifting through the videos and photos and gathering data.

Many of the clips the cameras have captured, however, are of the wind.

“It’s a lot of watching footage that has nothing on it,” said Cameron Indeck, a senior environmental science major. “But the few clips you end up finding in there that have a deer and a fawn walking by or a fox, it’s very rewarding.” 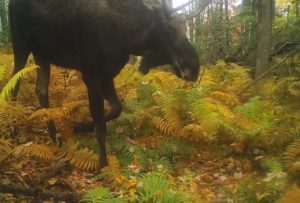 The GapTracks project captured this photo of a moose on the 1.6 mile gap of the Eastern Trail between Scarborough and South Portland. Contributed / Noah Perlut, GapTracks

Madi Harvey, a junior environmental studies major, agrees that “hours of looking through videos of wind blowing gets a bit discouraging.”

“But it was all worth it – seeing beautiful videos of regal red foxes, to red-tailed hawks hunting squirrels, to fat raccoons waddling around,” Harvey said in an email to The Forecaster.

Catching a moose on camera in the fall of 2020 was a bit of a surprise.

“There was a moose that showed up on Scarborough High School’s football field in the morning on a school day,” Perlut said. “It hung out there for a while and it made its way to Willard Beach where it was tranquilized and brought to the forest away from suburbia.”