Get to Know the ETA Trustees and Staff 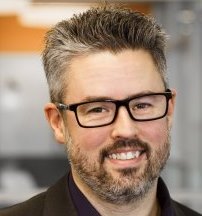 Eric is an information technology professional who lives in Saco, Maine. He is a bike packing enthusiast who joined the Eastern Trail Alliance to help promote the trail as a safe place for all ages and abilities to enjoy the outdoors. Eric frequently commutes to work on the Eastern Trail and also enjoys the trail with his wife and their doggo. His off-road adventures help him to unplug and maintain a work-life balance. 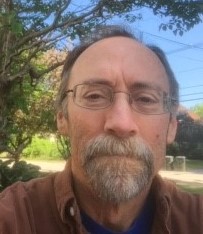 Bob Hamblen is a retired city planner, having worked for the City of Saco most recently. Bob is a long-time supporter of the natural world and human appreciation of it. He’s a past president of both the Eastern Trail Alliance and the Eastern Trail Management District, and a long time member of the Southern Utah Wilderness Alliance. Bob is a member of the newly created Saco Bicycle and Pedestrian Advisory Committee, serves on the Maine Trails Coalition Leadership Council, and the York County Trails group. A long-time interest was fulfilled in 2019 when he became a certified Master Gardener through the University of Maine Extension Service. Spare time? Reading, sea kayaking, bicycling, and OLLI. 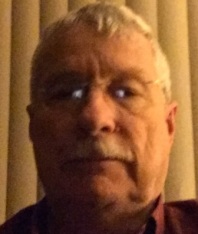 Ralph is a retired accountant with a Bachelors Degree in Accounting from Husson College, and also recently .retired from a job as a Job coach at L.L. Bean. He lives in Saco with his wife Terry and Sheltie Lucy. They have three adult children, two boys and one girl. Two are school teachers teaching special needs children and other child operates his own company doing web page design. In addition to being an accountant Ralph spent 11 years coaching sons Little League teams, and three years as President of Biddeford Youth Hockey. When youngest son decided at age 11 to be a youth hockey referee he became one also and did that for about 10 years. Now in retirement he enjoys all sports as well as traveling with his wife. 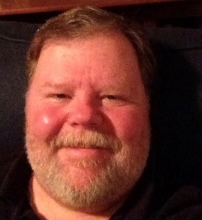 Bill first was exposed to trail riding in 1978 on the Warren County Bikeway (NY) riding from Glens Falls to Lake George frequently and was a early believer in the rail to trail conversion process. In addition to bicycling bill enjoys most anything outdoors including motorcycling, kayaking, hiking and fishing. He is also a collector of breweriana, mostly Schlitz memorabilia. Professionally he is a career banker and currently is the Chief Administrative Officer for Kennebunk Savings Bank. He also serves as finance chair and volunteer on the Board of the Cumberland Woodbank. Bill resides in Cumberland with his wife. They have two grown children. 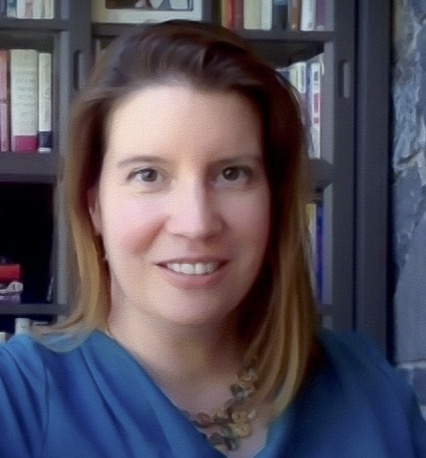 Randi Hogan is a Chartered Advisor in Philanthropy® with 25 years’ experience in the social sector, working with organizations advancing equity and well-being. As a fundraising executive, she has advised donors, business leaders, and grantmakers investing in transformational change around the world. She founded Hogan Philanthropy Consulting to help generous individuals and families create strategic giving plans that reflect their values, advance their philanthropic goals, and make the greatest impact on the issues they care about. Randi currently serves as chair of the Conservation Commission in Scarborough, Maine, where she lives with her husband and their long-haired miniature dachshund, Moxie. Many of her favorite trips away from home have been on bike trails, and she is thrilled to have the Eastern Trail nearby. 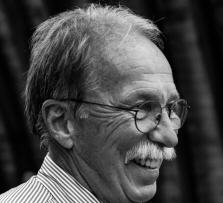 Tom is a South Berwick resident since 1980 with his wife, Jannette. Tom worked at Civil Consultants, a Survey and Engineering company since 1978 and is a licensed Professional Land Surveyor. Retired, Tom is an active cyclist, has ridden the Pan-Mass Challenge for 15 years and is an active volunteer for South Berwick events.
Tom is currently the Town of South Berwick representative to the ETMD.
We welcome Tom to the ETA board. 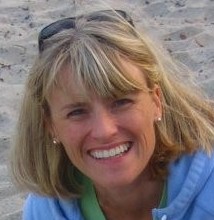 Jen is a regular user of the trail and is grateful for John Andrew’s vision to create this incredible resource for all to enjoy! Her favorite trail activities include biking, running and snowshoeing with her family. Jen lives in Scarborough with her husband and son. 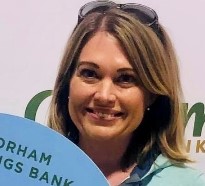 Kelly Whetstone is the Deputy General Counsel of Foreside Financial Services in Portland, Maine. Kelly lives in Scarborough with her husband, daughter and two dogs. As an avid runner and marathoner, the Eastern Trail is close to her heart. You will often find her out the trail training for a race, riding bikes with her daughter or walking her dog. 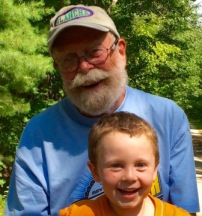 A retired teacher/professor, Joe’s academic background is in Wildlife Biology,  with research on DDT and it’s effect in our environment.  He worked as a park naturalist and taught in Ohio before moving to Maine in 1975, teaching here until he retired in 2000. Joe is very interested in environmental issues and teaches courses on Climate Change and Natural History at York County Senior College. A biker both on and off the trail, he can also be seen snowshoeing and x-c skiing during the snow season. He has been a volunteer for the MLR since 2011 and can be seen at community events boosting the ET. Joe enjoys singing with his church choir and with Harbour Singers, a group that sings at bedsides, hospice, and nursing homes. 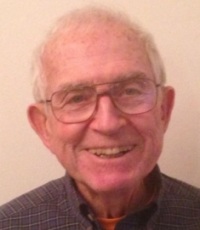 The Founder of the Eastern Trail and an ETA President Emeritus, John was an inspiring man of vision and untiring spirit. John’s vision to create the Eastern Trail started in the early 1990’s. He was persistent, but patient, and made tremendous progress in a relatively short amount of time.

Read more information about John, including some of the many public tributes to him on this page. 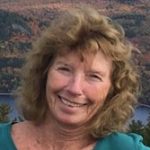 Carole served as the Executive Director of the Eastern Trail Alliance and the Eastern Trail Management District for many years. An avid outdoors lover, she is a Registered Maine Guide and enjoys cycling and hiking throughout the region. She managed major improvement projects for the Eastern Trail, such as the Turnpike Bicycle-Pedestrian Bridge and current Close the Gap campaign, adding significant trail extensions. Carole has been leading workshops and retreats for over 20 years, sharing her passion for wild, natural places, the practices of Pilates, Yoga, meditation and mindfulness, as well as the study of wellness and complementary energy therapies. 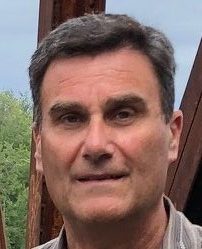 Jon Kachmar is Executive Director of the Eastern Trail. His day to day responsiblities consist of managing and supporting the Eastern Trail Alliance (administration) and the Eastern Trail Management District (maintenance and construction). His background includes directing programs in multiple New England states focused on regional coastal habitat protection and restoration as well as urban conservation strategies focused on brining the benefits of nature to people living in cities. Jon has worked on coastal habitat restoration projects from Long Island, New York to Cape Sable, Nova Scotia including salt marsh restoration, dam removal and river realignment projects as well as local and regional planning efforts in Southern Maine. His work has included several opportunities to build programs from inception, and he has experience with facilitating diverse partnerships representing environmental nonprofits and other sectors. Jon has an undergraduate degree in Marine Affairs from the University of Rhode Island, and a master’s degree in Public Policy and Management from the Muskie School of Public Service. He has been a licensed merchant mariner for 25 years, and enjoys biking, hiking, boating, and fishing. 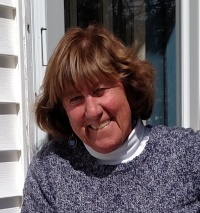 Patti has been a long time volunteer for ETA, most notably as the food service coordinator managing the post ride lunches for several years. She also volunteers for Saco Bay Trails as a trustee, past president and current treasurer. Patti retired in Dec 2019 after a long career managing IT in the chemical distribution industry, most recently for Azelis Americas. Her interests include boating, beaching, hiking and gardening. She lives in Scarborough with her husband Malcolm and has 2 grown children, Charles and Madeleine.

McKenzie joined the Eastern Trail Alliance in 2021 to assist with volunteer coordination efforts for the Alliance’s main events. McKenzie has significant experience in the non-profit space having served as the Director of Events and Business Development for Invest in the USA (IIUSA) since 2015. In addition to his experience in managing volunteer and member-related services for a large international not-for-profit McKenzie brings a host of fundraising, event planning, and business development experience to the table.

McKenzie earned a B.A. in International Affairs from the George Washington University in Washington, DC. After nearly eight years in the beltway, McKenzie recently completed a move to Portland, Maine. Where he enjoys exploring the local food scene as well as the outdoors. 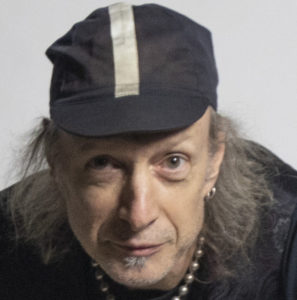 Patrick has been visiting Maine and cycling the Eastern Trail for years. Since relocating from Jersey City, NJ to Biddeford, ME in 2021 he has been employed at Gorham Bike & Ski Saco as a bike mechanic and has launched Bike BS (Bike Biddeford/Saco) to promote cycling in the sister cities. Back in New Jersey Patrick was deeply involved in the cycling community. As a trustee of Bike JC, a non-profit bicycling advocacy organization, he worked with the city government to construct a network of protected bike lanes and organized all types of group rides and events designed to grow the area’s bicycle culture. He served as the organization’s president from 2017-2021. In 2018 he established a non-profit bicycle shop called the Newark Community Cycling Center in the city of Newark NJ. In late 2021 Patrick worked with the New Jersey Bike and Walk Coalition and the Open Space Institute to organize the Bike 2 Trenton advocacy ride which helped to push Governor Phil Murphy to commit to building the Essex/Hudson Greenway, an off road rails to trails project connecting 8 of the most densely populated municipalities in the state. Patrick sees his work with the ETA as a fantastic opportunity to help grow and maintain Southern Maine’s Multi-Use Greenway. 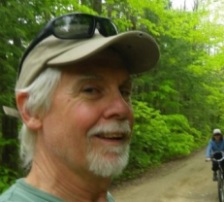 Larry got involved with the Eastern Trail after reading John’s Feb. 1998 article in the Press Herald. In those early years he served as a founding Trustee and Vice President of the ETA. He created ETA’s first web site in 1999 to showcase the Eastern Trail vision to the region, state and beyond. The web site won American Trails’ best local trail website award in 2003. Leaving the ETA board (designated as one of the first Trustees Emeritus!), he continued as a volunteer but returned as a part-time staff member starting in 2011 to manage the ever-growing ETA website. Larry lives in Cape Elizabeth and is retired from careers at both USM and L.L. Bean.