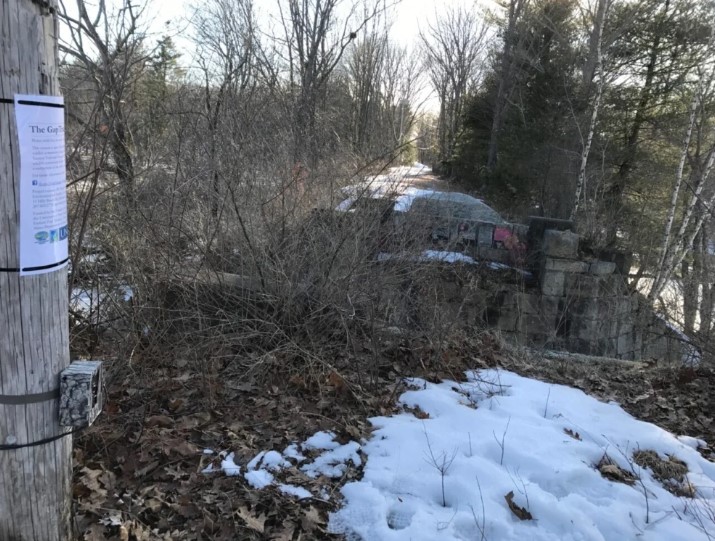 The organization and Scarborough officials are working on securing one remaining property easement that will allow the trail to be connected from the Black Point area to Wainwright fields in South Portland.

The project connecting the Eastern Trail between Black Point Road in Scarborough and the Wainwright Recreation Complex in South Portland is closer to going out to bid.

The Eastern Trail Alliance’s Close the Gap project will add 1.6 miles to the 65-mile long Eastern Trail, which will then stretch continuously from South Portland’s Bug Light Park to Kittery. The Eastern Trail is part of the East Coast Greenway that, when completed, will span about 2,900 miles from Calais to Key West, Florida.

The $6.1 million Close the Gap project will be paid for with $5.5 million in state and federal funding and another $560,000 the alliance has raised.

All that’s needed to move the project toward construction is the receipt of one landowner easement.

“One of the requirements of the Maine DOT funding is all easements that the trail will be built through have to be in place,” said Jon Kachmar, the alliance’s executive director. “We have one outstanding that we hope to secure very soon.”

Scarborough Town Manager Tom Hall said the last easement has been a challenge.

“The project remains right at the doorstep of going to bid,” Hall said. “The trail design does go through a number of private property owners. We’re dealing one-by-one with the property owners; what we need from each of them is slightly different.”

Hall said because most of the gap runs through Scarborough, the town has been “taking the lead” on the project and in collaboration with South Portland has worked with property owners there as well. Scarborough is collaborating with the city on the final easement, he said.

Scarborough and South Portland have contributed a total of $287,000 to link the trail.

“We’ve been supporting it 100% throughout,” South Portland Assistant City Manager Joshua Reny said. “We’re looking forward to bringing this phase to a close and get going on construction.”

The new part of the trail would run through several hundred feet of city land in its approach Wainwright complex, Reny said.

While the trail addition is relatively small, the project is not simple.

“It’s a very complex section of trail,” said Kachmar. “Although not long in the length of it, it has a lot of infrastructure.”

That infrastructure comes in the form of multiple water and wetland crossings, including two bridges. One is to be built over the Nonesuch River while the other is over a railroad crossing south of Pleasant Hill Road.

“There’s a 300-foot pedestrian and bike bridge that will go over a railroad crossing,” Kachmar said, and because the rail line is active, it must be at least 22 feet high.

There are also requirements to meet the needs of people with disabilities, calling for no more than a 5% incline of the slopes leading up to the bridge.

The bridge over the Nonesuch River is slightly less challenging, with existing infrastructure already in place for access to it. In addition, there will be four or five other minor water and wetland crossings, Kachmar said, which will be built out of wood. The remainder of the trail will be mostly paved.

The trail has multiple purposes, like nature walks, off-road biking and snowshoeing. Closing the gap, however, could also present other opportunities, including commuting.

“We’re hearing from people who are really eager about getting the trail there,” he said. “There is significant demand for being able to get to those communities, both for recreation and we’re hearing more and more people wanting it for work.”

The outstanding easement, however, remains the final hurdle.

“The town will continue to persevere,” Hall said. “We just think this is too important to fail.”

Once the easement is settled, the project will go out to bid. Construction is expected to take 18 to 24 months, Kachmar said.