Photos taken on the Eastern Trail 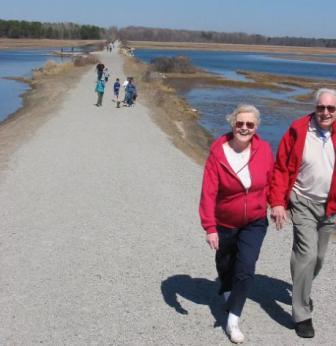 Most of the links below go to albums that have been organized by Jim. Each Album can be played as a full screen slide show (On the top right of each album page is an icon that looks like a computer with an arrow on the “screen.” Click that icon to start a full-screen slide show).

Thank you to riders and volunteers who joined us for the 17th Annual Maine Lighthouse Ride.  We hope you had a great time and enjoyed the wonderful scenery of the Maine coast!  More than 750 other riders embarked on the Maine Lighthouse Ride for either 100, 62, 40 or 25 miles, visiting Maine’s gorgeous lighthouses…all in support of the Eastern Trail.  Photos in this collection by Jim Bucar (Flickr account owner). There are 7 albums to view.

As Hurricane Dorian slid up the east coast, we considered that after 9 uninterrupted years of splendid MLR weather, we might be facing a problem. Dorian threatened Maine enough for us to limit the 16th MLR by reluctantly cancelling the most vulnerable ride— the Century. The day of the ride went off as planned, albeit with heavy clouds and windy conditions keeping riders wary. The 2019 rides albums show the day and the pleasures that riders still found in abundance. Photos in this collection by Jim Bucar (Flickr account owner). There are 7 albums to view.

The sold-out 15th edition of the MLR sent 1200 riders off from SMCC’s campus under cloudy skies and returned them there after 25/40/62/and 100 miles. The sun gradually emerged, but riders enjoyed cool temperatures in the 70’s. Photos in this collection by Jim Bucar (Flickr account owner) AND Charmaine Daniels. There are 7 albums to view.

On Saturday, April 7, 2018, a remarkably diverse crowd of about 200 people gathered at Camp Ketcha in Scarborough to celebrate . . . well, a number of events and accomplishments for the Eastern Trail.

This 14th annual ride of the Eastern Trail Alliance’s lighthouse ride was held, as usual on another beautiful day on the coast of Maine, and was enjoyed by 1,200 riders and supported by our wonderfully helpful volunteers. There are 9 albums to view.

Over 120 participants gathered for a 5K Walk/Run to honor the Eastern Trail Alliance’s inspiring founding father, John Andrews.The event began and ended at O’Reilly’s Cure in Scarborough– thank you O’Reilly’s cure. John would no doubt have enjoyed the sight of so many friends and family members joining for an outing on “his” Eastern Trail.

This 13th annual ride of the Eastern Trail Alliance’s lighthouse ride was held, as usual on another beautiful day on the coast of Maine, and was enjoyed by 1,200 riders and supported by our wonderfully helpful volunteers. There are 7 albums to view.

Photos taken on a splendid Columbus Day on the Eastern Trail, from Old Cascade Rd in Old Orchard Beach to the marsh bridge in Scarborough.

This 12th annual ride of the Eastern Trail Alliance’s lighthouse ride was held on another beautiful day on the coast of Maine, and was enjoyed by 1,200 riders and supported by our wonderfully helpful volunteers. There are 8 albums to view.

This 11th annual ride of the Eastern Trail Alliance’s lighthouse ride was held on another beautiful day on the coast of Maine, and was enjoyed by just under 1,200 and supported by our wonderfully helpful volunteers.

This 10th annual ride of the Eastern Trail Alliance’s lighthouse ride was perhaps the best ever. Another beautiful day on the coast of Maine, perfect (!) for 1,000 riders to enjoy the sights with fellow enthusiasts, supported by wonderfully helpful volunteers. If you were among the riders or volunteers, look for yourselves and the sights you enjoyed that beautiful day.

Dignitaries joined hundreds of bridge workers, police officers, bridge advisory committee members and others in the first procession from Kittery to Portsmouth during the official opening of the Memorial Bridge on Thursday, August 8, 2013. Photo gallery by SeaCoastonline.com

This 9th edition of the Eastern Trail Alliance’s annual lighthouse ride featured yet another substantial increase in ridership: about 940 riders enjoyed mostly easy routes through scenic woods and small towns, and, of course, the ride’s eponymous lighthouses that Maine is so famous for. If you missed the ride, see what you missed. If you were among the 940 riders, look for yourselves and the sights you rode by. Look for the faces, too, of the many energetic and supportive volunteers who made the whole enterprise possible.

Take a look at how ETA Trustees, staff, and supportershave some fun in promoting the Eastern Trail during Saco’s parade.

Sponsored and organized by the ETA and ECGA, a thirty one-mile ride on the Eastern Trail from Kennebunk to Bug Light. Over 80 riders enjoyed a bright, beautiful day.

Twenty-five ambitious, warmly dressed people, teens to seniors, families and solos— all joined John Andrews for one of his monthly walks, observing the daily cycle of the sunset and the monthly arrival of the full moon. The group set out from the Pine Point parking lot and strolled through the quiet evening to the Mill Brook Crossing in OOB. The clear blue sky muted the sunset, but the moon rose big and luminous. The roundtrip of 4.4 miles took about two hours

Southern Maine Medical Center and the ETA hosted a run/walk event to benefit SMMC’s new Center for Breast Care. Bob LaNigra helped to coordinate the event, which was run on the KAB section of the trail.The off and on rain did not dampen the event or the good feelings of the participants and volunteers.

A salute to the opening of the new bridge spanning the Maine Turnpike, celebrated by about 400 students and teachers, parents, and representatives of many groups, including the Eastern Trail Alliance, the East Coast Greenway Alliance, the ETMD, the Maine Turnpike Authority, the Maine DOT. Then, led by a Scottish Piper and Miles the Moose, the whole assembly hiked to and over the bridge and witnessed the ritual ribbon cutting.

For this, the 8th annual MLR, the weather once again allowed the Maine coastline and nine lighthouse to spin their special magic for the 670 riders who participated this year– an increase of nearly 200 over 2010’s record!

An opening ceremony– thank you’s– but mostly a shared celebration of cooperative effort and accomplishment. A gateway to years of enjoyment open to anyone with appetites for the outdoors and healthy exercise.

A beautifully sunny, (not too) warm day. Over 400 bikers enjoyed rides of 25, 40, 62 (Metric Century), and 100 (Century) miles, mostly along a shoreline with blue water and skies. The rides, rarely taxing, provided constantly changing vistas and pleasures; witness the ubiquitous smiles.

Slideshow of many Eastern Trail Photos – from many people

This is an unsorted and unorganized show of mahy photgraphs contributed to the Flickr photo-sharing web site. We include this just to show the very many ways that many people have documented their enjoyment of the trail. Note: some of these photos are from the “Eastern Promenade Trail” in Portland, nearby but not technically a part of the Eastern Trail.