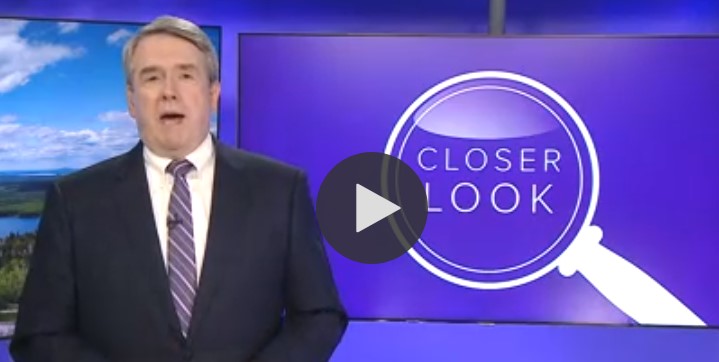 KENNEBUNK, Maine — Michael and Charlene Flynn are serious trail bicyclists. It’s a part of their routine.

“It’s very important, just to be able to get out and do things,” Michael Flynn said.

The snowbird couple is back up in southern Maine after wintering in Florida. The two drove north but they, along with the two dogs they take with them on bike trips in a basket, could have biked back along one trail system from Key West to Calais, the East Coast Greenway, if it weren’t for the challenges they’d face.

“The roads are too dangerous,” Charlene Flynn said. “A lot of people get killed on regular roads.”

The current section of the Eastern Trail from Kennebunk to Kittery is entirely on roads, leaving runners, cyclists, and horseback riders to compete with cars.

Kachmar and the trail’s stewards just got $700,000 in a federal grant to plan a new 33-mile stretch of trail through the woods, away from traffic.

“It will really open us up to providing that transportation corridor that people can use for whatever reason they want to get around, to get out of their cars, and be safe,” Kachmar said.

Wells has been contributing money to the trail system annually, despite its entire route through town following some of the busiest summer traffic roads in New England. Larissa Crockett, Wells’ town manager, said they have been acting with a long-term payoff in mind. Now, it looks like that payoff will come.

The grant will fund designs for the new trail routes. Kachmar said they’ll still need to fundraise up to $9 million to build the trail.

Despite the price tag, Kachmar said communities and businesses have already shown they’re ready and willing to help get the trails in their southern Maine neighborhoods up and running.