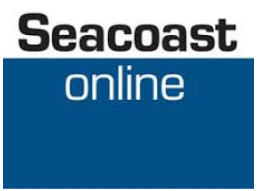 ARUNDEL — After a dog attack left a man seriously injured on the Eastern Trail, the town has reached an agreement with an abutting property owner who owned the dog, prohibiting him from having any dogs on the trail.

A June 4 order in Biddeford District Court follows a history of incidents involving dogs owned by resident William Hallczuk, said Town Manager Keith Trefethen. The dog has since been euthanized after it was determined it could not be rehabilitated.

“The unfortunate part is that we’ve had frequencies with this resident and dogs that he’s owned in the past as well as the present dog and the (Board of) Selectmen felt it was time to take some more significant action to at least prohibit him from being on the trail and/or maybe prohibit him from having dogs that are on or near the trail,” Trefethen said.

According to a July 26, 2017 police report, Hallczuk’s American bulldog, Diesel, attacked 84-year-old Joseph Dumont, of Arundel, who was biking on the Eastern Trail. The report stated Dumont’s left arm was badly injured and required numerous operations, including skin grafts, to repair.

A surgeon told Dumont that he came close to losing the use of his arm completely, Dumont said.

“She said another quarter of an inch and it would have taken out my nerve,” Dumont said. “Then I wouldn’t have been able to use my hand.”

The June court order states that Hallczuk is not allowed to have any dogs on the Eastern Trail. It also contains conditions, agreed to by Hallczuk. It states Diesel, his dog, was to be turned over to the Arundel Animal Control Officer (ACO) and brought to his previous owner, who would take possession of the dog. If that resident was deemed unfit to control Diesel, the Arundel ACO would bring the dog to the Animal Welfare Society in Kennebunk. The order also stated that Hallczuk would vaccinate and register with the town of Arundel any dogs he owned. At the time Dumont was attacked, Diesel was not vaccinated for rabies nor registered with the town.

Arundel Animal Control Officer Deborah Laroche took possession of Diesel on June 6. Laroche made numerous attempts to contact the previous owner but was unable to, so Diesel was brought to the Animal Welfare Society in Kennebunk.

“I feel very bad for the victim, Mr. Dumont was severely injured in this case and the dog is at fault for that but the owner has to take responsibility as well,” Laroche said. “It’s kind of a sad situation because unfortunately Diesel was a victim in this as well.”

When contacted, the Animal Welfare Society said they had no comment.

Tad Redway, Arundel’s town planner and a trustee of the Eastern Trail Management District, said, “the board of directors is very serious about protecting their users and the public and they will continue to enforce that ban. We want to make sure every user on the trail is in fact safe and can use it without any fear whatsoever,” Redway said.