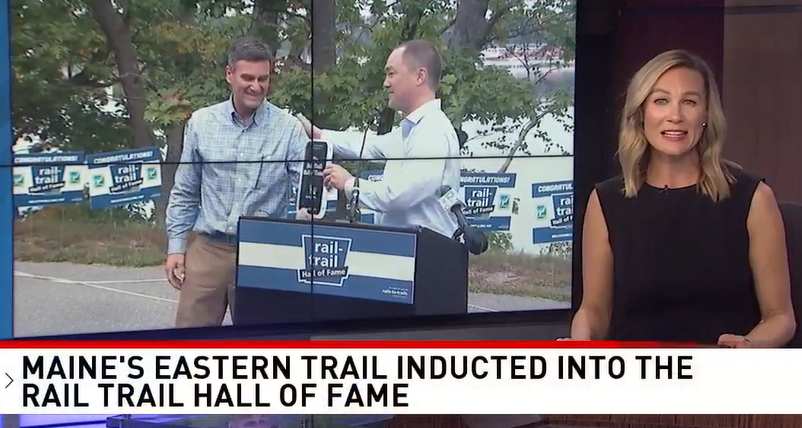 According to an economic impact study, the trail brings more than $44 million into Maine’s economy each year and employs more than 300 people around the state.

“This is something that people can use to commute to work on, to run errands on and to have an option to be mobile without having to rely on a car or to put themselves out on one of our busy streets on a bicycle,” James Tasse of the Bicycle Coalition of Maine said.

The Eastern Trail is more than 65 miles long, running from Kittery to South Portland, and 16 additional miles are under construction.

You can read the story with video online here.

You can view related news coverage of the Hall of Fame Induction ceremony: