John Andrews – “The Founder of the Eastern Trail” 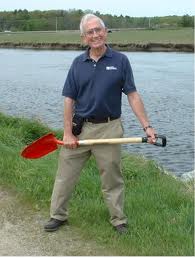 It is with many fond memories and heavy hearts that we share the passing of John Andrews, the “Founder of the Eastern Trail” and an ETA President Emeritus.  John was, indeed, an inspiring man of vision and untiring spirit. See some of the many public tributes to him below.

John’s vision to create the Eastern Trail started in the early 1990’s. He was persistent, but patient, and made tremendous progress in a relatively short amount of time.

Most thought, at first, that there was little chance of his vision moving forward.  But step by step, those who met and spoke with John began to feel his energy. One early press account of John’s vision had this quote: “But John Andrews, chairman of Saco Trails, may have found a way around it – the Eastern Trail. In his dream, the Eastern Trail provides a lush, beautiful four-season corridor for cyclists, hikers, inline-skaters, cross-country skiers and snowshoe enthusiasts to travel.”

Click on the image below for a memorial slide show: 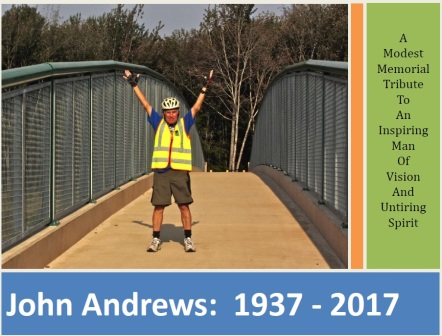 After starting this amazing effort, John lived on the trail, used the trail, and guided countless others to understand and appreciate this great resource.

Our sympathy goes to his family – sons Mike and John and their families, including “astonishing granddaughters” Amanda and Iulia.  John was predeceased by his “genius wife” of over 50 years, Marietta. 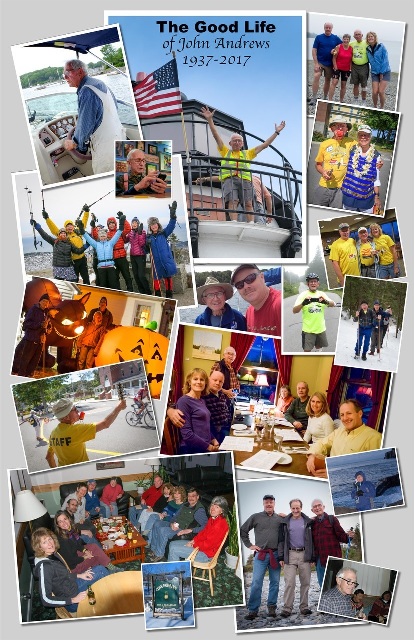 Here are some of the many public tributes to John:

Here are some other samples of John’s work: