For cyclists, there may not be a better time to hit the road 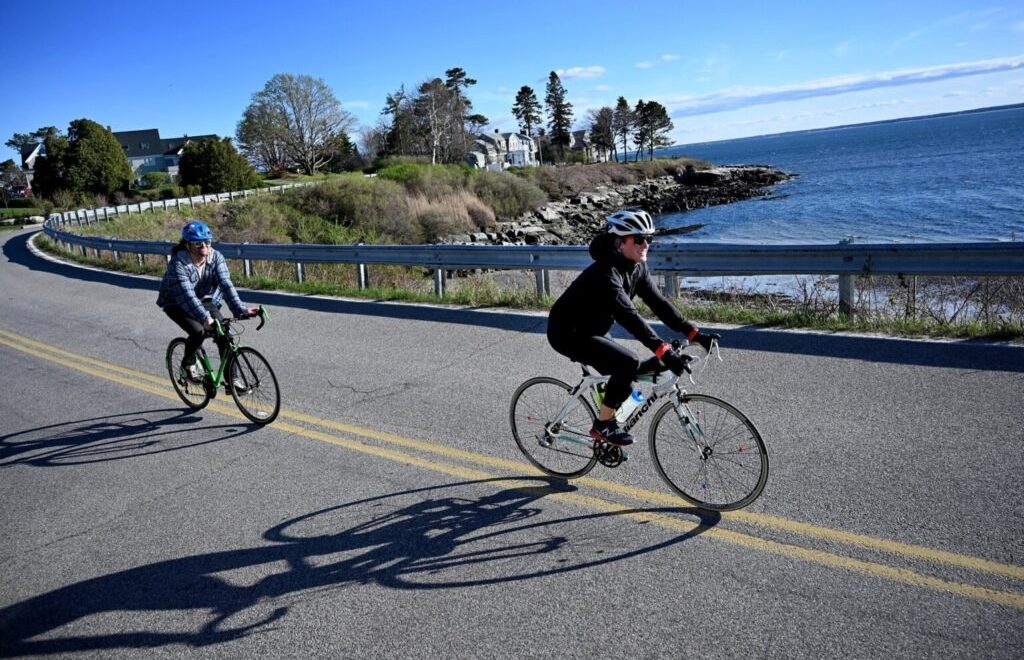 [Eds. note: This article makes many references to the Eastern Tail Alliance’s Maine Lighthouse Ride and Bob Bowker, the founder of that ride and long time ETA Trustee and officer.]

Cycling advocates think a more bike-centric culture could take hold in Maine as a result of the pandemic.

When Bob Bowker’s daughter, MacKenzie, asked for ideas on where to ride her bicycle in Maine this spring, he had an easy answer. Bowker, founder of the popular Maine Lighthouse Ride, suggested she try the southern portion of the 100-mile lighthouse route, where coastal views abound.

The expansive views of the Atlantic Ocean and rocky beaches in the Kennebunks delighted MacKenzie Bowker, a jewelry maker and bike tour guide.

“I’m trying to ride local,” MacKenzie Bowker said. “I wanted something along the water. It’s nice to have those views. (My boyfriend and I) took a couple of different roads just because they went closer to the water. There was slightly less traffic than normal. So we were able to cruise around and not have to worry about out-of-staters.”

Bowker is not alone in seeking out new bicycle routes at this time. Bike paths have been busy and crowded during the pandemic, so many cyclists are looking for other options, bike advocates say.

“I see a lot of riders out riding by themselves now,” said Victor Langelo, ride director for the Merrymeeting Wheelers Bicycle Club. “The group rides are not taking place, because it’s not socially responsible right now. But there are a lot of bikes on the roads.”

Resources are plentiful for cyclists wanting to explore new roadways…….

You can read the entire article online here

The event will be held September 11, 2021 – online registration is live now.