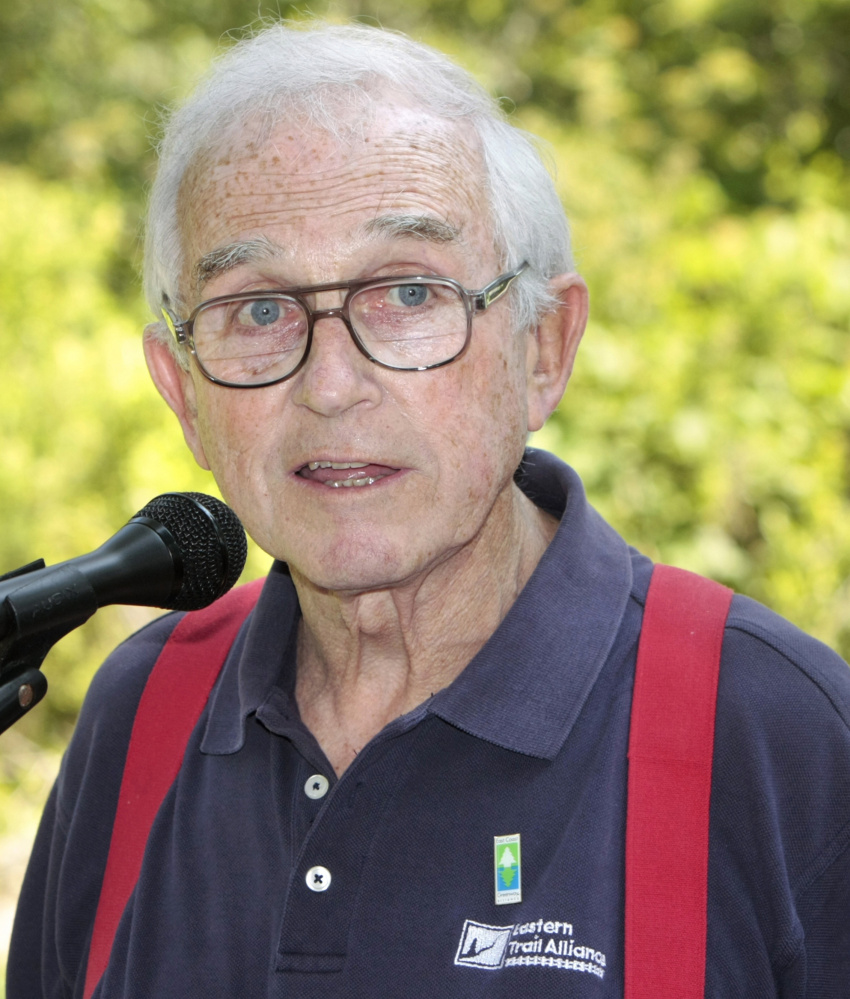 The founder of the Eastern Trail Alliance remembered as a patience, persistence and passionate outdoor leader.

In the nearly 20 years I’ve reported on the Maine outdoors, there were three times I nearly cried while working. Once was when I was telling a civic group a story about a young man who was dying of cancer who came to Maine to hunt. The second was late at night while doing a phone interview for an obituary. And the third was standing in the Arundel woods listening to John Andrews talk about the Eastern Trail.

Certainly, I’ve interviewed people about trail work hundreds of times, and talked with people who are passionate about the outdoors more times than I can count. So why a 73-year-old man in a ridiculous orange rain slicker talking about an urban trail should make my eyes well up is a mystery. I can’t even recall what Andrews was saying.

But John Andrews’ unwavering hope for and faith in this long-distance trail that cuts through the woods of southern Maine illustrated perfectly in that moment why he is called “the Father of the Eastern Trail.”

Andrews died on Feb. 20 at age 79 after a good 25 years of working tirelessly on making this 10-foot-wide trail a permanent passageway to nature – and doing it all as a volunteer.