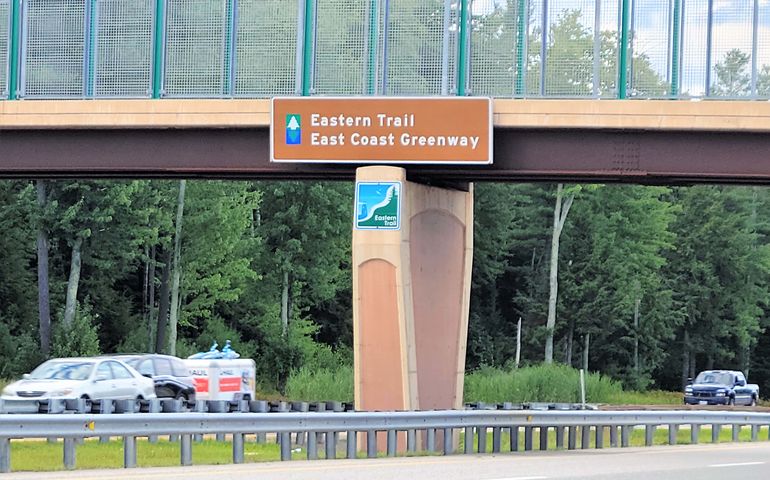 The Eastern Trail — a greenway that ultimately will run 65 miles between Kittery and South Portland — is steadily bolstering Maine’s outdoor recreation economy. And now a national conservation group has honored the trail for the path it’s blazed.

The ET was inducted this month into the Rail-Trail Hall of Fame, a group of only 35 other former railroad corridors across the U.S. honored for the economic, social and quality-of-life value they now bring as recreational space.

The Hall of Famers are selected by an annual, nationwide public vote through the Rails-to-Trails Conservancy, a nonprofit trails advocate with over 1 million members. This year’s vote, from July 22 to Aug. 2, was a face-off among the Eastern Trail, Alaska’s Tony Knowles Coastal Trail and Grant’s Trail in Missouri.

“Maine’s Eastern Trail is an example of the type of walking and biking infrastructure that can serve as a tourism destination and a mobility hub for the region,” said Ryan Chao, the conservancy’s president, in a news release.

“This trail is an inspiration. It demonstrates how a long-distance trail can serve as the foundation for a regional trail network that connects people and places, providing safe and accessible transportation options, economic opportunity and a boon for everyone’s quality of life.”

Previous Hall of Fame inductees include the High Line in New York City, one of Manhattan’s most popular recreational spaces and tourist attractions, which has been credited with spurring a wave of new development in the West Chelsea neighborhood over the past decade.

The Eastern Trail is New England’s fourth trail to make the Hall of Fame, after honorees in Massachusetts, Rhode Island and Vermont.

A consultant’s study last November for the Southern Maine Planning and Development Commission showed the Eastern Trail generated $44.6 million in annual economic benefits and supported 364 jobs across the state. It’s also estimated that roughly 250,000 people, from Maine and beyond, use the trail annually, and each user spends an average of $118 per day.

More than 24 miles of the Eastern Trail are already complete, with another 16 under construction. Once those portions are complete, the trail is expected to generate an additional $5.9 million in annual earnings and sales.

The Eastern Trail is being built along the corridor of the former Eastern Railroad, the first rail line to connect Boston to Portland, operating from 1842 until 1945. A group of volunteers has been advocating for the trail’s development since 1998. 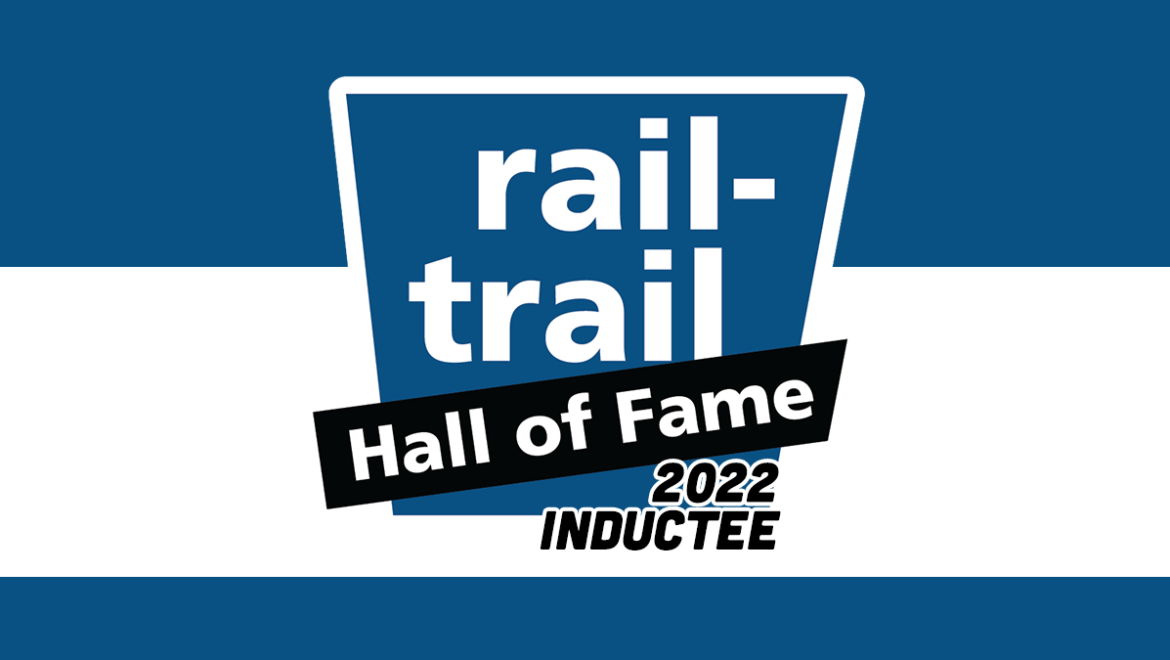 Rails-to-Trails Conservancy (RTC), the nation’s largest trails organization, has announced that Maine’s Eastern Trail would join its Rail-Trail Hall of Fame—an exemplary group of rail-trails nationwide celebrated for the social, economic and quality-of-life value they bring to the communities they serve.

“The Eastern Trail is an increasingly special place in southern coastal Maine,” said Eric Wright, Eastern Trail Alliance’s president. “Since the trail’s inception over 20 years ago, it captures Maine’s maritime history, the state’s largest salt marsh conservation area and the miles of tree-lined suburban and rural landscapes along the former Eastern Railroad connecting Boston to Maine. And we are not done yet, as we work on significant trail-building initiatives to extend the Eastern Trail to the New Hampshire border.”

The developing 65-mile trail, which welcomes 250,000 people each year along Southern Maine’s coastline and dense forests, is critical to two developing interstate trail networks: the 3,000-mile East Coast Greenway that will connect trails from Maine to Florida and the New England Rail-Trail Network, which aims to unite the region’s six states—Maine, Vermont, New Hampshire, Massachusetts, Rhode Island and Connecticut—by multiuse trail. Running from South Portland to the New Hampshire border, more than 24 miles of the Eastern Trail are complete. Sixteen additional miles are under construction, 11 miles of which are being advanced with the support of $700,000 in federal funding received in May 2022.

“Maine’s Eastern Trail is an example of the type of walking and biking infrastructure that can serve as a tourism destination and a mobility hub for the region,” said Ryan Chao, RTC’s president. “The completion of this trail is being accelerated with the support of federal, state, local and private funding, positioning it as more than a destination. This trail is an inspiration. It demonstrates how a long-distance trail can serve as the foundation for a regional trail network that connects people and places, providing safe and accessible transportation options, economic opportunity and a boon for everyone’s quality of life.”

A recent economic impact study of the Eastern Trail showed that the trail delivers $44.6 million in annual economic benefits and supports 364 jobs across the state. Once the 16 miles of trail under construction are completed, the trail is projected to bring an additional $5.9 million in earnings and sales.

“We are beyond excited for the Eastern Trail’s well-earned RTC Hall of Fame induction”, said Jean Sideris, executive director of the Bicycle Coalition of Maine. “The Eastern Trail is the epitome of what an outstanding trail should look like—something that links communities together, is accessible for riders of all abilities, suitable for various types of bikes, and packed with picture-perfect scenery that highlights some of the best parts of our beautiful state. Congratulations to the Eastern Trail and our friends at the Eastern Trail Alliance!”