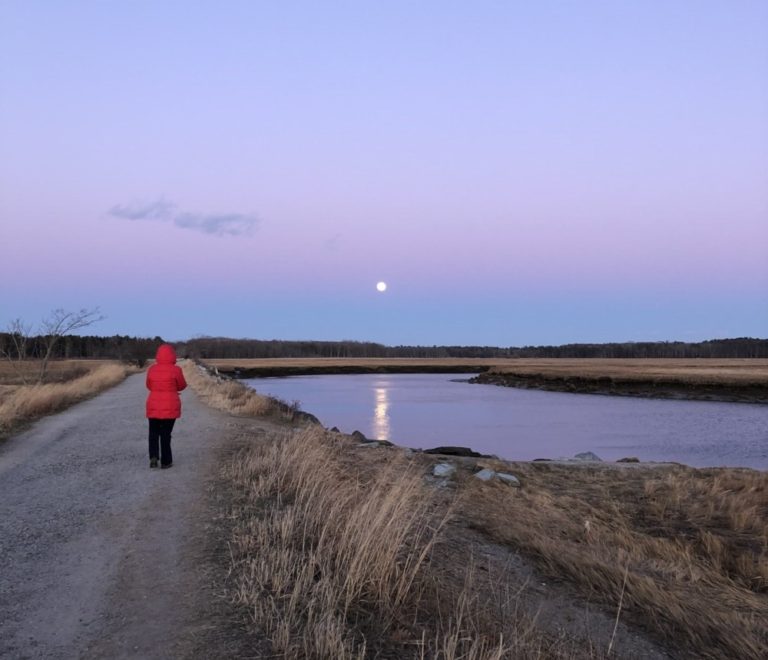 The organization hosts a tour through Scarborough Marsh, providing information about the area and Eastern Trail. 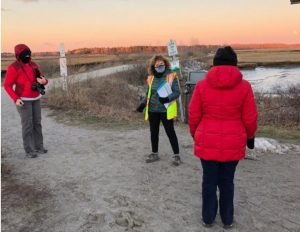 Carole Brush, former Eastern Trail Alliance executive director, leads a group of 15 or so people each month through the Scarborough Marsh portion of the trail. The group is able to see the full moon clearly and learn about the area and trail history. Catherine Bart photo

SCARBOROUGH — Because of the leap year, 2020 had one more full moon than usual, and a group of spectators gathered at Scarborough Marsh on the Eastern Trail to see.

On Dec. 29, the Eastern Trail Alliance staff, led by former Executive Director Carole Brush and joined by Jon Kachmar, the current executive director, hosted the last of 2020’s full moon walk events, where a small group of people walked through the marsh and saw the clear moon.

Brush said that the moon of that evening is commonly referred to as the Cold Moon. She also discussed the history of the trail and provided information about the section of trail through the Scarborough Marsh.

The Eastern Trail Alliance formed in 1998, but the Scarborough Marsh bridge and trail didn’t open until 2004, she said.

Eagle Scouts have often completed projects on the trails, Brush said, and one such project is in the creation of a bench that overlooks the marsh.